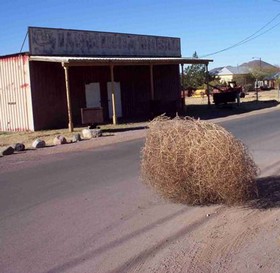 Hello to the few people who are left in the deserted bloggerland. I guess tumblr is "the thing" now? I don't know anything about the shit myself. Don't care to take the time to figure it out either.

I don't really have shit to talk about, I'm just bored and twitter is "blah" to me. It's gone from fun and random to dry and predictable, for me anyway. Seems like the same topics get recycled, the same lingo gets passed around, the words "slander" and "thirst" get overused, abused, and misused. And apparently people would like you to consider what THEY think before you post any tweet, lest they label you "lonely" or state that #NobodyCares even though they took the time to acknowledge it. Everyone is trying so hard to be an asshole or comedian like it's "trendy." And I've never seen so many "straight men" take on the role of being Homo Referees in my life. Hey fellas, throw a flag at your damn self for being that concerned about what you THINK another man might be doing with his booty hole just because he said something "suspect" that wasn't even suspect until you twisted it that way in YOUR mind. Hmmm... but anyway... 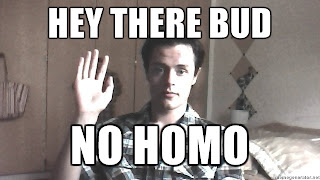 I have quite a bit of "Nobody Cares" info to proudly share. :)

I recently quit my job to work from home. *throws confetti & twirls in it* Every week night since the day after Christmas, I have been getting up at 7am, taking the kids to school, working from 9am-6pm, then taking my online training class for my new job from 8pm-12am. Then doing some studying and training on the weekends. But I made it through! With the help of my love, gotta give him some credit. No way I could have survived this without his help and cooking and cleaning and making sure my kids were straight while I locked myself away in the room, stuck at my computer for hours every night. It is such a relief to be done, working from home, making my own schedule, and having more time to spend with my lil ones. I can even see the difference when I look in the mirror, like I have some more life in my eyes. I'm feeling most excellent. 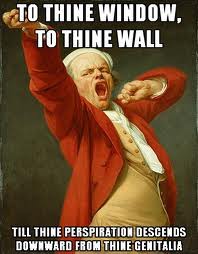 In other news, my kids' father moved two blocks away from me about 2 weeks ago... BUT this is actually working out quite well. At first I was like o_O THE FUCK?? Because I never told him where I lived. Whenever he took them for a weekend or a day, I just met him somewhere or dropped them off at his place. Then I found out from the kids that when he picked them up from daycare one day, he drove past our street and they pointed and said "That's where our house is Daddy!" so that explains that. He said he wanted to be closer to them and see them more often, and he requested that I permanently change their after-school address to his house. So now the bus drops them off to him every day after school. He helps them with their homework and feeds them dinner before I pick them up. Last week, they weren't even home. Just stayed at his house every night. I don't know how sense got knocked into that man and I don't care. I am just happy that my kids don't have to deal with the bullshit and disappointment anymore. If they like it, I love it. It has been over a year since he's acted a fool so hopefully *crosses fingers* he is through with his "cause drama and havoc" phase. It only took more than 5 years -_- It's an awkward feeling when they're not here sometimes, but I get some much needed "me" time, so I ain't even mad. ;)

Speaking of "me" time, I decided to start drawing again. Drawing is some relaxing shit. I'm mad it took me damn near 15 years to re-discover my love for it. I haven't made any real effort to draw or do anything artistic since I was maybe 14 years old. This is my most recent work in progress... 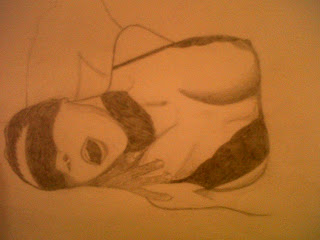 I definitely wasn't drawing anything like this in 8th grade though. Anywaaay... I think I'm done typing for the night.

Email ThisBlogThis!Share to TwitterShare to FacebookShare to Pinterest
Labels: random

just because people don't comment doesn't mean that they don't drop in from time to time to see what's up.
That pic (Ain't I the meanest--->) got me hooked.

I agree with UBJ, I'm glad you are posting. Now, you haven't commented on mine. Why is that? Is it my butt? LOL
Jaycee

Good to see a post from you again!! :D Now we have to find Ava and its all good lol

Im so glad you're doing well. I really admire the fact that with three kids you manage to kick it into high gear!! You inspire me!

About your BD: you know, ppl say that it takes about 5 years for the drama to calm down, and hell it's starting to look like they're right!

Good luck with everything and please don't forget about us here! I love your writing :)

I love the realness in your words.
I hope you don't dissapear with the rest of Blogger...
I just got hooked to you!

Thank you! I did kind of disappear but I'm thinking about coming back. I ended up getting a tumblr account and I got distracted LOL. If you have a tumblr, mine is http://elusivebella.tumblr.com :)