I came home from school, sat on the couch and played some Tekken 3 with my sister. About an hour later my father walked in the door.........

His eyes were bloodshot and puffy and his face was red, he had the most defeated look on his face and I knew something was wrong.

We stood up and asked him, "Gone? What do you mean gone?"

He burst into tears and said, "She's dead, she's dead."

Then my stepbrother, her son, came out of his room in a daze. "What did you just say?"

My father turned to him, "Oh I'm so sorry I didn't know you were home already. She..... she killed herself."

It seemed like we all crumbled to the floor at the same time. My father, staring into space. My sister crying. I grabbed the closest thing to me (a bandana) and ripped it in half screaming "Why! Why did she do that?! No, no, no... she didn't do that!" My stepbrother punched the wall, then slid down it, shaking his back and forth over and over. Everyone in disbelief.

I can't imagine how hard it was for my father to tell us that his wife just committed suicide... at the mall. She landed 60 feet below the movie theaters.... 20 feet away from children waiting in line to see the Easter Bunny. The same mall my brother was at buying sneakers with his girlfriend when it happened, but he didn't know it was her.

My father paged him, he called back from a payphone inside the mall. My Dad asked him where he was.

"Carousel Mall with Tanya, I was in Foot Locker and they said some lady just killed herself here a little while ago, isn't that crazy?"

My father (not wanting to tell him over the phone, especially where he was): "Yes, can you guys come home? I have to tell you something important but I need to tell you in person."

The phone rings again and I answered it.

It was one of her best friends, I guess we sounded alike on the phone. I said "No.... this isn't..." and just started sobbing as I told her what happened. I think she dropped the phone. I could hear her screaming, "NO! NO! It's not true! NO! NO! NO!" and her husband yelling "What's wrong? What happened!" Then he picked up the phone and said "Who is this?!" And I had to explain to HIM too. She wasn't able to get back on the phone after that.

That was the hardest day of my life. Before then, I had no experience in dealing with death or losing a loved one. It was on the local news and even mentioned in national news briefly. My father dropped her off at work that day, but she never went inside the building- just walked towards it so he would think she did. Apparently she then got on a bus, went to the mall, took some money out of the ATM, watched Titanic... then climbed over the rail on the movie level and ended her life. The police report was so eerie because the security guard said that he saw her as he was coming up the escalator and he yelled for her to stay where she was. She turned around, looked him in the face, then turned her back and spread her arms open as she calmly fell forward. I remember the first time she saw Titanic, she told my father, "I love that movie so much, I have to see it atleast 5 times before I die." This was months earlier, and prior to the day of her suicide, she had seen it 4 times already. It makes me wonder.... and it creeps me out because she held her arms open just like Kate Winslet when she was standing on the rail of the ship. I will never look at that movie the same again, and til this day refuse to walk through that courtyard at the mall.

Three weeks after her suicide, a young teenage boy copied her and did the same thing. The mall had to increase security guards around the center rails, it was just crazy.

My stepmother never left a note, we still don't know why she took herself from us and everyone who loved her. She was a manic-depressant and some days she would hide in bed with the lights off and call out of work. She hated her boss, he was so condescending and rude to her. She would tell him good morning and he'd walk past like he didn't even hear her. My father called him to let him know what happened and added, "If you step foot near her funeral I will fucking kill you." and the asshole had the nerve to call the cops on my Dad, the day after his wife kills herself, and say he wants to charge him with harrassment. SMH.... The police disagreed though, but the audacity of that man, ugh. It sucks that conditions at work caused her to spiral downwards like that, when she had so many people outside of her job who loved her. I know she was taking medication for a chemical imbalance, but we had no idea she felt THAT lost inside.

She was so sweet, she would spark a friendly conversation with anyone. She was even friends with my mother, I have never known an ex-wife and the new wife to actually bond and do brunch. Even celebrate Mother's Day together. I guess that makes them both remarkable women. My mother even wrote her a poem and recited it at her funeral. I am fortunate to have been influenced by two amazing women growing up. She was married to my father for 10 years, and I was 17 when she died, so she was family to me. I remember once a few months before she died, she took me to a rose garden and asked me, "Aren't the flowers pretty?" I said, "I don't know, I don't care about flowers." and she said, "What? Every woman should love flowers." So for her funeral I wore a dress with flowers on it for the first time since I was a little girl. And now I always make sure to admire them, and think of her when I do.

My father flew out to California and scattered her ashes into the ocean from her favorite place to watch the sunset, he wanted her to be remembered as a free spirit, resting where she loved to be, not below the ground marked by a stone. Hopefully some day I can go out there and throw some flowers into the wind. 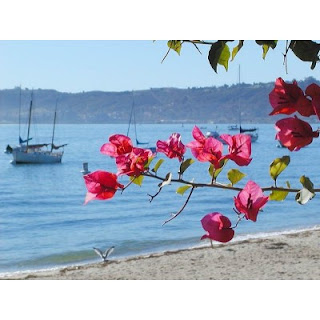 Email ThisBlogThis!Share to TwitterShare to FacebookShare to Pinterest
Labels: memories

First, just let me say that you are such a talented writer. What a beautiful, powerful and heartfelt post. It made me cry during lunch, but it was definately a moving tribute.

awww thank you mama, i really appreciate that :)

A very sad story told so beautifully. Thanks for sharing Bella.

thank you Choc, and thank you for reading ♥

Wow! This post was very moving on many levels. First I want to say that I'm sorry for your loss. I can't imagine that pain. I know this post will help some of your readers that are suicidal. I have the same disorder as your step-mom. It is very hard explain the emotions we go through.

AWW SORRY MAMAS FOR YOUR LOST. SUICIDE IS ALWAYS A DIFFICULT THING TO UNDERSTAND AND COPE WITH. GOOD POST THOUGH R.I.P

@Anonymous: thank you! and if you ever need to talk, please feel free to hit me up: thebellashow@gmail.com i can't promise i have all the answers or know what to say but i know sometimes it's just nice to have someone listen. keep your head up!

@NINA: thanks mama. yeah it is SO hard to understand, it's also very selfish. i went back and forth between being sad and being angry with her for a while. we really did love her SOOO much, and so did her sons.