What In The Hot Pink Hell... 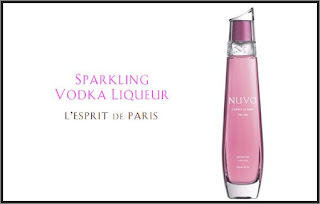 thats a really pretty bottle isn't it? well guess what? that's ALL the fuck it is! this shit is gay devil's urine. its sassy ass kool-aid. raspberry gingerale on crack. it's a disgrace to the alcohol industry and does not even deserve to be called liquor, oh excuse me "liqueur"... none of that. it should just be called "bitch ass drank" n left at that.

now i expected this to be somewhat fruity, i mean it is pink n all, but i did not expect to take a sip and get downright offended. i slammed the glass down, got up out my chair n started shaking my head like "oh. oh. i dont even believe this shit." my man was like "damn it's that bad?"

it tasted like someone put a cup of sugar into some red alize. now listen, i've drank shit and not particularly cared for it before. but then still drank it anyway because i spent my money on it gotdamn it. plus i think wasting alcohol is senseless. but this shit is so bad that i, a single mother of three (in the middle of a recession might i add), am more than willing to forfeit the $21.change i spent on this shit. that bottle will sit in my refrigerator for the rest of its life as a decoration. because that's all it's good for. i feel like nuvo raped my mouth and violated my taste buds.

i have many other things to blog about from my weekend but that will have to wait. i had to look out for your health first. so if you were thinkin about tasting/buying some nuvo....

Email ThisBlogThis!Share to TwitterShare to FacebookShare to Pinterest
Labels: PSA

LOL, i love the bottle and even though I don't really care for it str8 it's some kind of yummy mixed with henny =]

lol ah so is that the trick? u have to mix it w/another liquor? i think the only way i'd ever try that is if someone lied to me n told me it was some other drink n tricked my ass, like a blind taste test lol

lmfao! this had me rolling....thank you for the info...now I know

I've heard that its good. I don't drink much anyway so I don't really give a shit either way tho lol. And when I do have a drink I'm not the one paying for it lol.

i've had nuvo. . . & i liked it. then again i don't drink at all & it was somewhat strong for me. took me all night to drink buuut i had a tall ass glass. i don't get it though, you don't like the taste altogether? or it wasn't strong enough for you?

@krissy- i mean everyone is different, somebody told me not to drink it but u see i didnt listen n now look what its come down to lmao

@vexed- its waaaay to sweet and tart for me, i killed some ice water immediately after. which probably diluted the alcohol n further added to my aggravation lol

i kno a lot of ppl that use it as a chaser...ive had it before def tastes like that pink ginger ale that they came out with a while ago...now i didnt think it was horrendous lmaooo but its not something i would buy personally lol

Wish I had warned you...as I stated...I drank that whole big ass purty bottle by myself (yes...the whole bottle...yes..by myself..don't judge me!) and got nothing out of it but a hot flash. I mean real deal hot flash, forehead sweaty, fanning the chest with the MLK church fan hot flash.

Mail that bottle to my house bitch. You want a stamp? I love Nuvo. The big bottle gets me where i need to be....prolly almost as freeky as yo azz. Almost.hahaha

LMMFAO, YES!!! I AM SO GLAD SOMEONE BESIDES ME REALIZES THAT IT'S PISSWATER!! i tasted it, emptied it out, and put nail polish remover in it because we can't front: the bottle is FIERCE!

@amber- im glad we can agree to spend our money on other means of drunkeness (patron? lol)

@lola- hahahaha bitch u trippin that bottle is pretty than a mufugga. emitting enchanted pink lights in my fridge n shit lol! but if ur ever in ATL u know u can come thru. even if it aint til next year, it will still be RITE here waiting for u! :)

@simone- rite? that bottle is alluring to the eyeballs, thats the only props i can give it lol