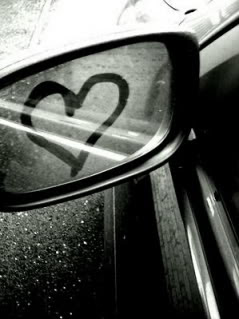 "oh i meant to tell you, you pooted in your sleep last night... like 3 times. stankin booty girl."
"damn why you get dressed so fast? i wanted to squeeze a titty."
me: *doing homework at the computer*
him: *slaps me on the shoulder with penis and keeps walking*

Email ThisBlogThis!Share to TwitterShare to FacebookShare to Pinterest
Labels: love

Don't worry about being mushy. I think it's sweet. You have a good man there girl and you love him as much as he loves you. Embrace it. he'll helping you reach your dreams. I wish you guys best of luck.

I'm happy for you...you seem truly happy and blissfully placed!
Not only do you have a loving relationship, but a man who is also a friend. If you read my last post “RIGID” that's what I deal with from day to day (just scanless)! So many blessing to you and your love, it's the kind of love and respect we all aspire to have one day.

Awwww you guys sound like you were made for each other. So sweet. Sometimes mushy is good.

I'm still the chick with the wall up, but hopefully one day I can find that special someone to take their time and bring those bricks down with me.

I know I'm a tad late but

"me: *doing homework at the computer*
him: *slaps me on the shoulder with penis and keeps walking*"

Other than that, this feeling is the best in the world. Although the love of my life (and vice versa) aren't together at the moment (on a break), he makes me feel like this all the time. He was like you in some ways, and he's now growing into the man that I love even more than the first time I said 'I love you' to him. :)