Adios, Sionara, Peace the Fuck Out 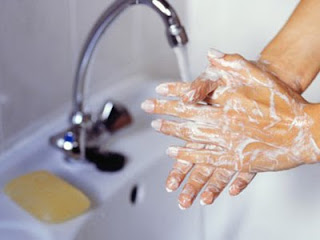 He only did those things so he can say, "See? I finally did something, now shut the fuck up." No bitch. Those are things I did all by my lonesome for days, weeks, months, and years. That is shit you are SUPPOSED to do as a parent. Did he give ME props for holding shit down on my own? No and I wouldn't give a fuck if he did because I don't do things for my children for props. I do for them because I love them and I want them to have nice things and be well taken care of. If he did that for those same reasons, he would also make an effort to spend time with them. They haven't slept over at his house in over a year. He didn't take them one single day this summer. Matter of fact he's said he was coming to pick them up to do this and do that, then doesn't show up or cancels at the last minute. And I'm the one who sees their tears and look of disappointment on their face. He calls maybe two or three times a month to talk to them. So he feels like as long as he buys them some shit every once in a while, he's doing his part. Negative. I'd rather he spend all the time in the world with them and be on some "I may not have much right now but I'll do my best to help you" shit instead of spending hardly any time with them, buying them shit once in a while and giving ME a hard time about some daycare money all while he constantly flaunts how much money he has. So the fact that he has the money but refuses to do what is fair, indicates to me that he is a selfish bitch and his children come second. Especially when I'm in the opposite position, I may not have alot of money but still do all that I can to make sure they are straight, they are my life.

So after some thought today I decided that the little bit he does do, when HE feels like it, isn't worth the drama. He doesn't deserve their admiration while he puts their needs second or third in his life. He doesn't deserve for them to love him like a father when he acts more like a distant relative. And they don't deserve to be treated like they don't mean the world, because they are EVERYTHING and should be treated as such.

Today I gave him one last chance, and he failed. I texted him about paying for the rest of daycare that HE neglected for so long and he just texts me back "nope."

me: so u leave daycare behind like that n then put more than half of it on ME? if that's the case just pretend u dont have kids then.

me: okay. you know what? the kids are good. you are relieved of your parental obligations. have a fantastic life.

And I could really give a fuck less. I'll manage to catch daycare up somehow, I did it without him for longer than I did it with his half-ass help so they will be just fine. I will just let them decide how they feel about him when they get older and if they care to keep in touch with him or not.

But for now... ya dead bitch the reaper done came.
Posted by Bella at 8:17 PM

Email ThisBlogThis!Share to TwitterShare to FacebookShare to Pinterest
Labels: life

Round of applause for taking out the trash...I said on twitter earlier today...sometimes you gotta do like en vogue and "give it up, turn it loose"...and you did just that. Congrats

thanks twin! love u to pieces :)

alright now, girlie...and you know what?

one day he's gonna look back and regret it. you will have none cause you did all you were supposed to do and more.

Ugh ugh ugh! I hate trifling ass men! Nonetheless, kudos to you. Yes you will catch daycare up and figure it out. You always do. In the meantime, lets keep looking for side hustles and another job.

thanks yall! i wish i woulda done this sooner *sigh* its just that i didnt want to be the "reason" they dont have a father in their life but i realized this is his own doing and he made it this way by NOT being what a father should be. my children deserve better than that. as special and amazing as they are, they dont deserve 40% they deserve 100% and they haven't gotten that from him so he might as well just go on about his business, my babies will be just fine :)

Wow. I thought I was special, and here I am readin somebody dealin with some ridiculous shit just like me. I am sorry you/we are forced to be so strong. But doesn't it feel good to know you got this? Your little family with your loyal babies. They will love and respect their mama so much for her hard work. Its going to be okay:)

OK i know this is an older post, BUT im pissed @ the fact that he text u bk & said fuck you, when the conversation was pertaining to his kids. your going about handling the situation the proper way.