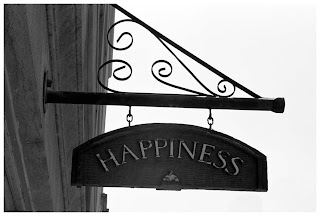 okay enough complaining, i feel like that's all i've done this week and i've given too much attention to the wrong person. i usually dont tell my hunny about my baby daddy drama, just because it's awkward and i dont want him to have to worry about that. i mean he's aware that my bd aint shit, thats no secret. shit its obvious due to his lack of involvement in their lives. but during all of this, it was hard to hide my mood over it and so i told him the things that were said and done this week and how upset i was.

and he got upset... at me. at first i didnt understand why he would get upset so i was feeling some kinda way. like "damn i just wanted to vent and have someone cheer me up." but then he explained himself...

"there should be NOTHING that man can say or do to effect your mood. as much as you've been through and overcome to get away from being treated like that, there is no way you should allow him the power of getting to you. do not give him that satisfaction. he gets off on upsetting you and i know you feel cheated, like you got the bad end of the deal because you didn't know things would turn out this way, but they did baby. and even though it sucks, it's made you stronger. and regardless of what he does or doesnt do for his kids, you are more than enough. when i first met you i could tell that you'd been hurt real bad and you didnt deserve that, you didnt. you are so special. you are bigger than him and they will know that. they don't need him, he is the one losing in this situation and you cant make him do anything. if he cared he would just do it baby. you shoulda gave him the finger a long time ago, i just didnt feel like it was my place to say so. yeah he was doing a few things here and there but nothing enough to be a huge help to you. so what if he bought them things once in a while, how many times has he helped them with homework? how many weekends has he kept them? how many times has he played football with his sons or taken his daughter to see a movie? (which by the way, the answer to all of those questions is: never, ever.) you have family, you have friends and you have me. i love you to death and i love them to death. you dont NEED his help. all he does is give you money once in a while, stress you out and try to put you down and hardly even sees them. so for you to let anything he says to get to you or upset you, it pisses me off. fuck him. who is he? you are above that baby you mean so much. not only do you raise your kids but you also provide for them and work AND go to school and thats hard, so NEVER let anything he says upset you. as much as we've built on and accomlished, there should be nothing that NOBODY can say to ever get you like that."

i didn't even know what to say, my heart just melted and a tear rolled down my face as i smiled.

i love that man.

sidenote: the interview i mentioned that he had earlier this week... he got the job! also my first real day of school (on campus) was yesterday and i loved it.

slowly but surely... every little thing is gonna be alrite :)
Posted by Bella at 2:14 PM

Well gone head!! :D congrats to the BOTH of you and yea he is right about BD that nigga just ugh....but he's missing out his seed and that's sad when you can act like you DON'T have any...what a dick but at least that's already said and established.

Sometimes we have to cut out certain things or people so more blessings can come through. I'm glad you have a understanding dude that LISTENS and gives good advice (I'm jealous nigga lol!!!) you got you a good one!

as long as yall got each other; yall straight *T.I tone*

brought to you by:
*typing while eating this Digiornos...its not delivery its DIGIORNO!* lmao

@thehoustongirl: LMAO @ your digiornos! girl i be fuckin up a digiornos every now n then myself! sheeit they got that fluffy self-rising crust n shit. mmm mmm!! lmao

and yes... fuck- oh wait i forgot- he dont even exist. mhmmm.

Chile, you've got yourself a winner.

And remember, without struggle, there is no progress.

Have a beautiful week, darling.

thank you lina :) and amen to there being no progress without struggle, that is so true!

you also have yourself a beautiful week miss lady ♥

girl you better listen to that man! lol i am so happy for both of you. glad to see things looking up already. :)

oh trust me, ima listen to him! i will never forget a word he said lol and thank you! :)

*bows down to the man with the master plan* (and nah I ain't talking bout shonuff!) That's a GOOT man you got there (do they make them in my age....close to my residential location?)

Alrighty bitch. You got me a little teary over here. Damn you! LOL Girl,before youcould even explain why he was mad I already knew. Girl, that man is all about you and those kids. There shouldnt' be anything you can't tell him and dont' tell him. He is in it for the long haul. Let him be apart of your life and their lives and build something solid (as a rock!)LOL.

Fuck your bd because like Jill says, "I got something better at home" and obviously you do, Boo.

And big ups on the first day of school. Handle yo' shit girl!

See that.. true love doesn't hide baby girl. Your children love you and it sounds like yo uhave a man who does the same and is IN your corner! That is a blessing in itself. WHY? Cuz it's hard dammit. Now getcha ass out there and handle yo' scandal and get that schoolin' right, you got the chil'ren right, and focus on your family's happiness. Much love-
Niks

i just noticed I think ive been leaving comments on the wrong post. SMH. But yea I agree w your guy. those kids will realize sooner than later that your are their rock, & who their father really is. glad things are going good for you.