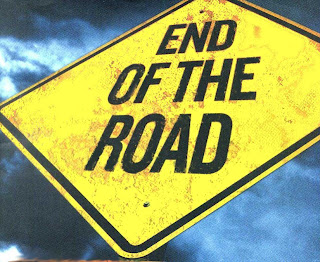 just a lil update on my post about relieving my bd of his parental duties.
i was going to change my number but then i was reminded that i can simply block his ass from calling me (shouts out to verizon) so i did just that. had all three of his numbers blocked (yeah he could pay 3 phone bills a month but not pay daycare. smh) from calling or texting me. i deleted his numbers out of my phone. i went to daycare and school and had him removed as their parent and listed him as "not allowed to visit or pick up" too. this process was rather simple due to the fact that he is not on any of their birth certificates and they all have my last name, so he has no legal rights to them anyway (we weren't married when they were born and he refuses to get a valid state issued ID). it used to bother me that he wasn't on their birth certificates and he occasionally mentioned that he needs to so they can have his last name but... like they say, everything DOES happen for a reason. i will also be moving within the next couple weeks and he will have no idea where to.
just because they are his blood doesn't mean he deserves them. i got this.
the end.
Posted by Bella at 2:28 PM

Email ThisBlogThis!Share to TwitterShare to FacebookShare to Pinterest
Labels: life

I can dig it if Dudes a Dick but the kids may need to know something medical one day about Dude that affects them. That's why you gotta have a connection.

I understand my struggles with Alcohol from meeting my Father and his People and on the plus I understand my quirky sense of humor. My Uncle Tony has the same one and he sings wonderfully although I think only for the Church. I would have never known this and it does add to my life.
Jaycee

Glad to hear you're moving forward. Too many people let their past dictate their future. What's done is done, and wallowing in it isn't going to change anything. Now that you've washed your hands of that negativity, you can move forward wit a clear head to the positive things in store for you.

this is just soo sad because in the end its teh children who suffer.
I hear you though, just make sure when they are older enough to make that decision on thier own (and judging by his actions they will) that you allow them to do that.

@mista jaycee: i understand where you're coming from but i was with the man for 6 years straight and pregnant by him 3 times so we've already been over his medical business n such. and aside from his fucked up parental instincts and evil tendencies, he is otherwise a healthy individual.

@Paul: thank you, thats exactly how i feel.

@kingsmomma: it is sad. trust me i know they love him, but at the same time it's because they dont know any better. they dont know they aren't a priority to him so i feel like i need to protect them from further disappointment. i've seen enough tears and sad faces over him coming in and out of their lives as he pleases and standing them up when he's made promises to them. at their age, they dont know what their best interests are, but i do.

and i agree, i fully intend to let them make their own decisions once they're of age to do so. and im not even gonna be one of those baby mommas who tell the kids "oh your daddy aint shit." im not trying to cause them conflict in their emotions at such a young age. not really sure what i'll tell them if they ask about him honestly. but its been a while since they asked about him anyways so that should say something itself.

one time when he was M.I.A. i was cleaning out my daughter's closet and found a box of pictures i put away for her, of him. one of the pics was him holding her in the hospital the day she was born and she looked at it and said "mommy, i love daddy." i was like "okay baby." and then she added... "but i dont miss him."

I admire your strength in all that you have been through with your bd. I wish more women could find the strength to do what you are doing for the kids. Take care of yourself and those babies.

OK, back to lurking.

hey! hey where u goin gul! get back here n stop lurkin! hehe

You have to do for your children, end of story and those who would question otherwise can suck a nut!

I know you want the other person to be as big as you are and do the right thing but you have given ample oppprtunity and it has been ignored so it's time to keep it movin!

Congrats on school too!

*daps* desiree, thanks mama! i sure did give him chances, even warnings. guess he thought i was full of shit. negative.

You know, I love the fact that you are holding true to what you stated...so many women say one thing and do a damned nother thereby continuing the cycle. Kudos to you twin for putting your foot down and following through

thank you my lovely twin :) i preciate ya kindly for your words !