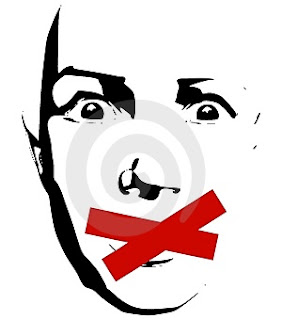 man i have a problem with cursing. i just didnt realize how bad until it rubbed off on my youngest child. smh
when he was two he used to call people "doopit ahss!" (stupid ass) because if someone makes me mad while i'm driving thats the first thing i yell "STUPID ASS!!" usually followed by a "muthafucka" and "dumb bitch"... its bad i know. i get this road rage from my daddy i believe, but thats a whole other post in itself.
i got him to stop saying that and he hasn't really slipped since, except for a couple weeks ago my daughter told him to do something "fast" ... well he thought she called him fat and he yelled "hey im not fat damn it!"
*sigh*
but yesterday really let me know i need to do better at watching my mouth. we went to look at a house and when i looked at the bedrooms i said "if we get this house, this would be your room boys." and apparently he liked that idea so much that he felt compelled to leap into the air with both fists raised n shout "yeah muthafuckas!!" then when he landed did the tiger woods fist pump n had the most serious face.
i told him to watch his mouth n popped the shit out his ass. (wow- i already suck at cursing less. smh)
but i really have only myself to blame. i felt a range of emotions when i heard him say that. i was mad cuz he said "muthafuckas" but then i was fighting back a laugh because of the way he went about it, like if i saw that on youtube i'd probably crack up- just being honest. BUT it wasnt on youtube and it wasnt someone else's child. it was MY baby doing that. and it was MY fault. so then i got mad at myself. like "you GOT to do better with your mouth bitch." yeah i know, shut up. i said this in my head lol. thankfully i got a lock box code from the lady so i could let myself in and look around. but if someone was actually showing the house and that happened... i woulda been mortified.
seriously i HAVE to stop. not stop completely, just do it less often and be mindful of what i say when they are in earshot. i forget that just because they arent in the same room as me, doesnt mean they cant still hear me.
from now on, i solemnly swear not to swear... so much... around my kids. if anyone else has this bad habit, please join my cause lol.
whooooo's coming with me? *jerry mcguire voice*
Posted by Bella at 10:49 AM

I will say that I have the same potty mouth as u, especially when it comes to my road rage! I curse so mush i that sometimes i don't even realize i do it...thanks mom, she is the original potty mouth diva. I don't have any kids for it to rub off on but my god son's first couple of words included "shit" cuz he heard me say it oh so often!! So i'm wit u..let operation no cursing move forward!

i started working on this while my child was brewing. You're right, its hilarious when its someone else's child b/c im ctfu @ this story but if it were my child......

why does my word validation say confoo?

@sunshinestar (i keep wanting to call you by your twitter/bunny name lmao): all i can think of from ur story is on Meet The Parents when that baby kept sayin "assssshoooooole" hehe... but um yeah lets do this!

@kingsmomma: i cant even blame u for laughing. im not even gon lie, i texted my man out the blue today "yeah muthafuckas!!" i know i aint shit. yeah i was a tad amused recalling the look on his face n his lil fist pump... but i'll never let his lil ass know! i'll just save the story to tell him when he's older lol

i noticed i started cursing more once after my first year of university (though I think my reasons for the increase are quite valid, lol). no kids on my hip yet but I need to work on it anyway.

*scratching neck* I'll TRRRRYYY to join in on this but um...after I finish giggling my ass off over the image of your son bugging out! lmao.
Ok..I'm in!

I've been saying I need to do the same thing since my son is learning words. Granted at year old her can barely tell his nose from his toes but hearing, "Gotdamnit" isn't going to help either. LOL I'm with you.

Well the fact that i was once a sailor doesn't help...lol but I seem to have a magical switch when children are around. We all slip up, but now that you are concious of what you gotta do- it'll be easier. Make a curse jar... put 50 cent in it for each cuss word.. or write an iou and put it in there and see how much it adds up to at the end of each month... it'll help. I have seen folks do it, and losing that money will help..lol. Good luck mama's

yesss thank you all for joining my cause! now we're gonna be all ladylike n stuff.

You already know...bitch and fuck are my favorite words in the English language...I learned my lesson when my son was 2 and was going around calling EVERYONE "bitch" smh....sometimes I slip, but usually I'm mindful lol

i've been lurking but i just have to comment on this post...I'm joining you!

i dont have kids or anything but it's gotten to where i cuss and dont even realize i have.

the other day i said i was going ot but a quarter (yeah i'm cheap) in a jar for every cuss word i say, as i was telling my friend i cussed like 6 times....i still dont have a jar, much less w/ quarters in it. I'm terrible at this!

*Raises hand* I will join ya! I cuss like a bytch *sorry* goin through labor w/no epidural! My dad keeps my son(he is 2 years old)sometimes and about a month ago they went downtown.....My dad had to run an errand welp my dad and my son are standing in a line and my dad said something to him and my son says "PHUCK THAT SHYT" All kinds of loud in front of a gang of yt people! My poor pa......he said everyone just turned and gave him thee biggest side eye and nasty glare! To say the least he said me and my boyfriend need to watch our mouths around the chirren!!

LMAOOOOOOOO YEAH MF'ER WELL AT LEAST YOU REALIZE THAT YOU ARE CURSING TOO MUCH AROUND YOUR CHILDREN AND YOU WILL CORRECT IT IN DUE TIME! ITS JUST COMES SO NATURAL CURSING HAHAH OK FOR 2010 NO SWEARING....SIKE HAHA